5 Things To Know About Joker

We finally got our first glimpse of Joaquin Phoenix’s Joker, (not including that picture of the actor sans makeup), and the brief footage appears to promise an interpretation closer to posthumous Oscar-winner Heath Ledger, far away from Jared Leto’s “Good Charlotte” roadie.

No “damaged” tattoo, at least. But if you haven’t been following the news, you might be wondering what the deal is with the DCEU, where Phoenix fits into it, and more.

Here are 5 things to know about the newest incarnation of the Joker.

Phoenix has been wanting to do this movie for years

From the outset, it would appear as though Joker was pushed into production the second the public realized how bad Suicide Squad was, but apparently, Joaquin Phoenix has always wanted to play this part, or at least, something similar, as he revealed in a recent interview with comicbook.

Three or four years ago, I called my agent and said ‘Why don’t they want to take one of these characters and just make a lower budget film about it, a movie but a character study, and why not take one of the villains? And I thought, ‘You can’t do the Joker, because, you know, it’s just you can’t do that character, it’s just been done.’ So I was trying to think of other characters, and he said ‘I’ll set up a general meeting with Warner Bros.’ And I said ‘I’m not gonna go, I can’t go to a general meeting.’ So I completely forgot about it, and so then I heard about this idea, I was like, ‘Oh that’s so exciting, that’s the kind of experience I wanted to have, with a movie based on a comic character.’ I felt like you could get something on screen.

Batman has an extremely interesting villains gallery, because the majority of his antagonists aren’t really traditional supervillains, but outright lunatics; that’s why they lock them inside Arkham Asylum. Choosing one for a small-scale character study makes a lot of sense, and it’s telling that Phoenix’s first thought was the Joker, even if he initially rejected the idea.

We still don’t know what his final appearance will be

But as unsettling as the new look is, it’s not actually the final design, but merel test footage, shot before Phoenix even won the role. It does have a lot to tell us, regardless, as the makeup is a world away from the traditional, comic book visualization of the Joker, and more like an unhinged circus clown.

There’s already an emphasis on realism, which only adds to the creep factor; the grease paint of the traditional clown is a thousand times more unsettling than a pale guy with a wide smile; the more loosely applied, the better.

It looks like test footage from a horror film rather than a comic book movie, again, closer to Heath Ledger’s incarnation, but really focusing on the gritty realism. It’ll be interesting to see if this is an in-movie transition that moves toward a final appearance, or simply marketing material.

Either way, it’s a strong indication that this Joker is going to be truly frightening.

No cinematic universe, yet

Joker is an offshoot, a spin-off, a disconnect from DC’s cinematic universe. This could either be viewed as a bonus, or a failing, seeing as Batman definitely isn’t going to be making an appearance.

That’s a similar approach to what Sony is doing with the much-mocked Venom, but seeing as the Joker can go in so many interesting directions, a self-contained story makes a great deal of sense. Potentially.

It’ll certainly nice to be rid of the easter eggs and breadcrumbs that clutter the story of so many second-rate superhero movies. The Amazing Spider-Man 2, Batman V Superman, and even The Mummy all shot themselves in the foot in the rush to establish a wider world.

But there’s always the chance that Joker will spark something bigger, if popular enough. If the commercial and critical reaction is anything close to what Ledger earned, then I’m sure Warner Bros. wouldn’t say no to a sequel or two, or even another cinematic universe.

Phoenix doesn’t view it as a superhero movie

You might be surprised that an actor of Phoenix’s caliber is doing anything superhero-related; the man is known for his strong performances in ambitious, artsy flicks like The Master, Her, and I’m Still Here.

But Phoenix doesn’t actually view Joker as a superhero movie, or indeed, any kind of movie, apparently. In an interview with comicbook, Phoenix stated:

I wouldn’t quite classify this as like any genre. I wouldn’t say it’s a superhero movie, or a studio movie or a … it feels unique, and I think more than anything, and probably the most important thing, is Todd seems very passionate about it and very giving, and so that’s exciting. I think, underneath the excitement of these films, and the size of them, there are these incredible characters that are dealing with real life struggles. And sometimes that is uncovered and exposed, and sometimes it isn’t, and so I always felt, like, there were characters in comics that were really interesting and deserve the opportunity to be kind of studied.

The only comic-book comparison might be The Killing Joke, where the Joker describes how a single bad day can break a sane man forever, that terrible tragedy is all that separates him from the average inhabitant of Gotham.

It was always an interesting idea, and one that Ledger’s version hinted at, with his multiple, contradicting stories of past trauma. The Dark Knight left the origin of the Joker’s insanity up to the audience’s imagination, a kind of Hannibal Lecter approach, which added to the sense of unpredictability, and the mystique of the character.

I’m assuming we’re going to know exactly what happened to Phoenix’s version, which might lead to the most sympathetic, understandable incarnation of Batman’s arch-nemesis yet.

Rumors are constantly swirling around the DCEU, making it difficult to know what exactly what Warner Bros has planned for their comic-book characters. But the implication seems to be that Leto is returning to his role for Suicide Squad 2, though this hasn’t been 100% confirmed.

Warner Bros. always said that the Joker spin-off is completely unconnected to the already established DCEU, which means that there’s no reason both Jokers can’t exist at once. Audiences are already accustomed to seeing superheroes bounce back on the big screen the second their last film fails; we’ve seen so many different versions of Spider-Man, Superman, Batman, and of course, the Joker, that two at once probably isn’t going to be a problem.

Suicide Squad madea considerable amount  of money at the box office, meaning Leto’s “damaged” Joker must have his fans, somewhere. Angst-ridden Hot Topic shoppers and comic-book enthusiasts who like their characters to look like they’ve just jumped straight off the page must be fond of Leto, and to be fair, the actor has always insisted that there’s a ton of footage left on the editing floor from Suicide Squad.

There was supposed to be much more to his performance than what we saw, so giving him another shot can’t do too much … damage.

Regardless, at least we’re getting another interpretation, and if Joaquin Phoenix manages to make the role his own, we can finally stop talking about Heath Ledger. Or at least, stop sharing those cringy Joker memes. 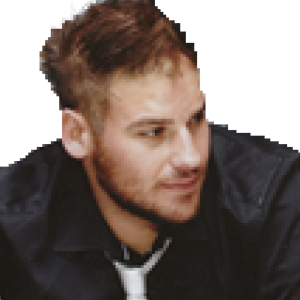 You must always enjoy yourself, think positive and keep it up with a smile. I enjoy creating opportunities to make your brand worth.